Looking at Snapchat’s Road Ahead

Snapchat’s advertising revenue is likely to climb as we move deeper into the year.

Despite a challenging year for Snapchat’s advertising model, the mobile video sharing platform is positioned to increase its ad revenue by 24% this year, hitting $832.1 million, as per a recent forecast by research firm eMarketer.

The report also revealed that the company will likely achieve double-digit revenue gains over the next two years, and is on pace to break the $1 billion mark in US net advertising revenue. 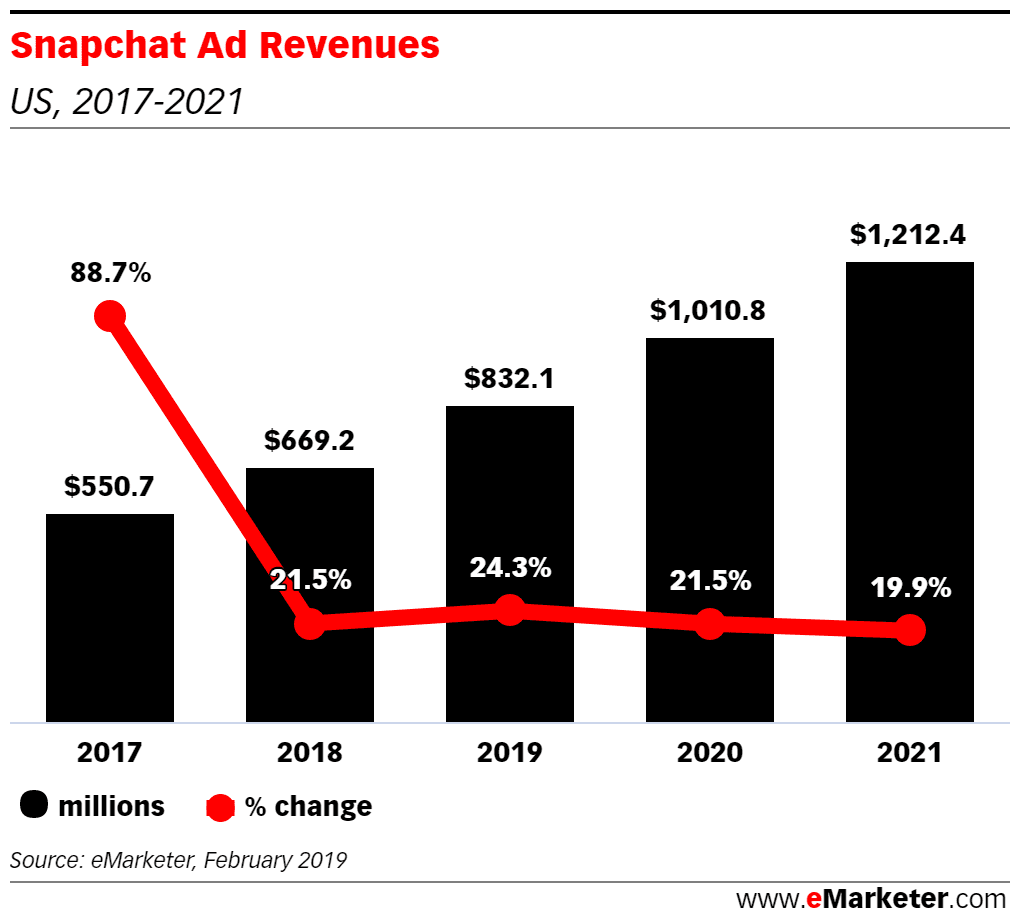 Busy Behind the Wheel

These growth statistics can largely be attributed to the series of changes Snapchat has made over the past year to try and deal with other rival video sharing mediums, mainly Instagram.

They’ve recently launched a new gaming platform, added a revenue incentive for content creators, and have even begun production of its own form of premium content – set to debut very soon.

Additionally – and perhaps most importantly – the company’s pivot to offering a programmatic advertising model has resulted in more advertisers investing some of their budget behind the platform. Since the implementation of programmatic ads, Snapchat’s CPM has remained under $10 – a bargain price for brands looking to spread more social awareness.

“Self-serve programmatic buying has expanded Snapchat's reach to more advertisers, especially small and medium-sized businesses that can invest in ads at lower bid prices. However, moving the vast majority of their ad inventory into this lower cost structure has tempered earlier growth estimates,”

Before this shift in pricing, Snapchat was rumored to have tried to charge brands a staggering $750,000 per day to place ads on its platform.

Even though these are promising signs for Snapchat’s advertising program, there are still lots of concerns swirling around the company and its future.

For starters, the 24% increase only moves its share of the market in the U.S. to 0.6%, a very small portion compared to Google, Amazon, and importantly – it’s rival Facebook, which has been experiencing tremendous growth with Instagram recently and updating the image-sharing platform more frequently than Snapchat has been able to keep up with.

Another worrisome element is that Snapchat’s userbase seems to have hit the breaks. In Q4 2018, Snapchat’s global daily active user count was 186 million – the same number that was previously reported in Q3.

Snapchat’s monthly userbase is also not looking too promising, as eMarketer expects it to drop by 2.8% this year to 77.5 million. 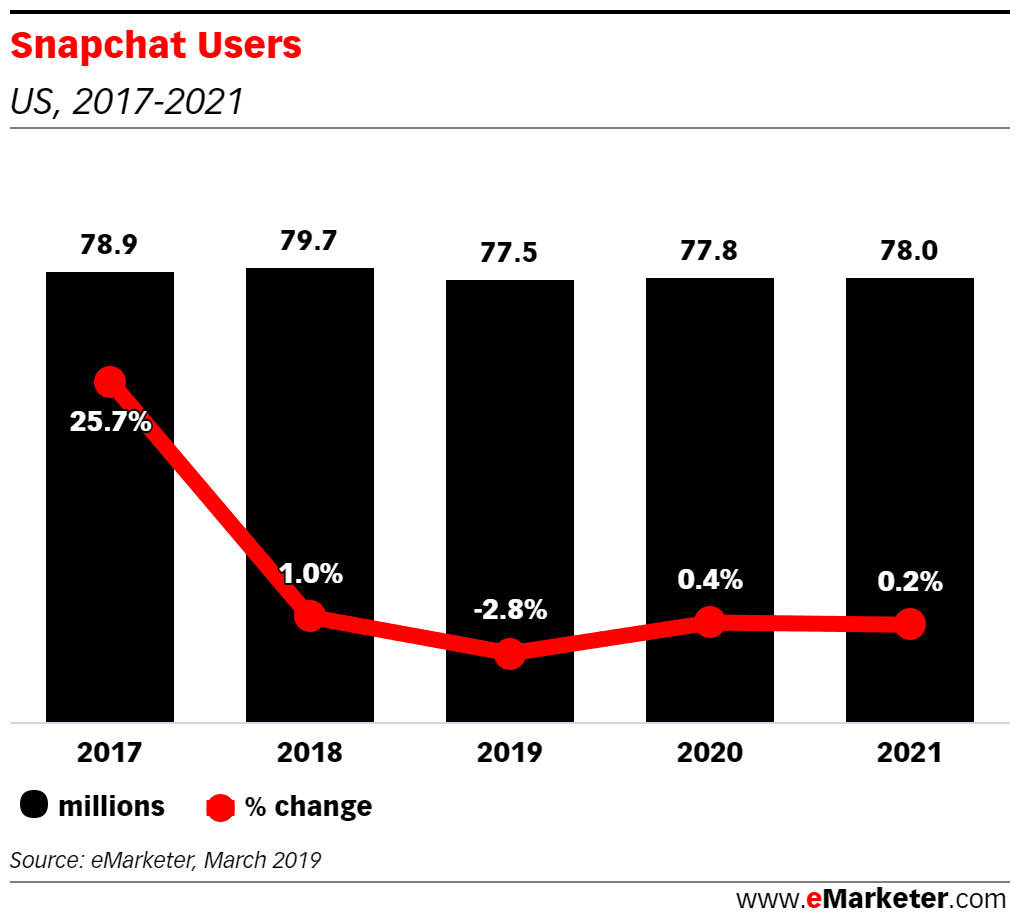 While there are plenty of pros and cons to drill down on with Snapchat, the important thing for marketers to take away from these findings is to line the medium up with your strategy. There are lots of benefits to a programmatic advertising model; it helps you budget more wisely through its heightened ability to target and optimize more efficiently, it’s great for scaling campaigns when you don’t have the resources that a large company might have at their disposal, it’s easier and better to measure your ad spend ROI, and of course – it’s inexpensive.

Snapchat’s demographic is also something you’ll want to make sure you analyze. The social platform does quite well with the younger crowd. 60% of Snapchat’s users are under the age of 25, and 78% of all American 18-24 year-olds use the platform in some capacity.

In a time where social videos are becoming increasingly more captivating to internet and mobile users, Snapchat may be worth shifting some budget into if you haven’t already done so. Despite the exponentially smaller userbase compared to some of the other giants out there, it’s still another way to distinguish yourself from spaces where your competitors might be. And for the small price tag that is associated with its programmatic model, the risk is relatively low.

If you have any questions about these findings, or other marketing tips and tricks in general, don’t hesitate to reach out to our performance management team. They’ll be happy to share their wisdom with you and point you towards some of the most promising mobile offers currently available.