As Google’s sales climb, the search giant could be eyeing down new advertising channels.

After going through four consecutive quarters of decline which saw its yearly ad growth rate drop from 24% in Q1 2018 to 15% in Q1 2019, Google seems to have gotten itself back on track. In a recent press release, its parent company Alphabet posted an earnings of $32.6 billion in ad revenue in Q2 2019 – a 16% increase year-over-year.

While this uptick in revenue pales in comparison to Facebook’s 28% increase and Amazon’s 37% in year-over-year revenues, these insights indicate that the company is still very much demonstrating a strong resistance to rising threats coming from its primary competitors. Especially considering that Google is completely dwarfing all other players when it comes to mobile search, currently estimated to hold 96% of the market share.

To try and shorten the growth gap between Facebook and Amazon, some analysts are predicting that Google will start looking at unveiling new advertising formats within some of its existing properties.

First of all, there has been lots of speculation around YouTube and how the company will further leverage the popular video-sharing platform to drive in even more revenue, which has been proven to capture user attention with advertisements much more effectively than television.

The second and more surprising realm that analysts think Google might further monetize is its popular Maps app, which nearly 70% of all smartphone owners are using as their preferred navigation app. Given the fact that there is currently no real-estate set aside for ad placements on the app, it would seem quite likely that this may be where the company turns to next to attract more advertising dollars. 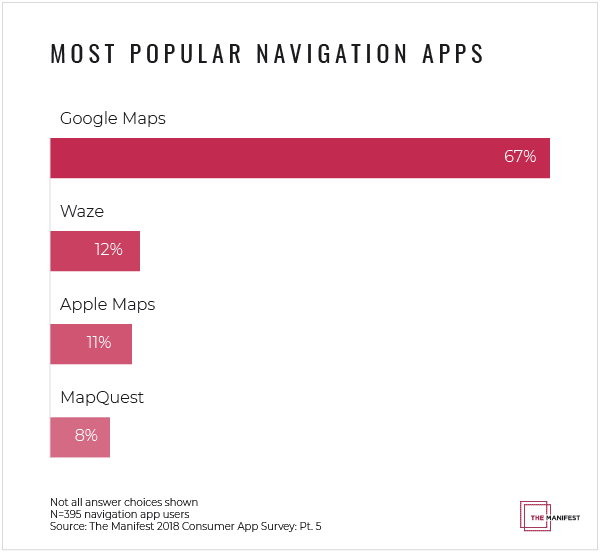 As the three-way battle intensifies between Amazon and Facebook - which have both been incredibly busy on their own respective fronts to improve advertise revenue within their respective channels - Google has been hard at work giving advertisers more options and providing consumers with a more frictionless experience in terms of engaging and converting with its advertising partners.

It was rumored only recently that they are testing a new carousel ad format within its mobile search results page – which would give advertisers even more space to take advantage of with its strong mobile base.

The company also made some dramatic changes to what was formerly known as its “Google Express” platform, rebranding it as “Google Shopping” and trying to establish itself as a marketplace contender to Amazon.

Google has also taken a page out of Pinterest’s playbook, introducing a “Shoppable” image format within Google Images earlier this Spring and extending its Showcase Shopping ads option.

Finally, it’s also worth noting that Google has made a massive $7.24 billion investment in traffic acquisition costs – which are payments made to mobile carriers like Apple and Samsung to ensure that Google is the default search engine within web browsers on their respective devices.

There really doesn’t seem to be any signs of slowing down when it comes to new advertising implementations being made via Google or its competitors. Whether that’s in the form of a new advertising format, a better interface, more advanced reporting, or new targeting features (which are all things we’ve seen introduced over the past year), marketers and advertisers are in a position where there is an overwhelmingly large amount of choice when it comes to ad campaigns.

The most successful brands are the ones that take risks and test new waters. While it’s clear that Google, Facebook, and Amazon will continue to be the key spheres of influence for the foreseeable future, there are countless new ways to differentiate your ads from the competition. There is a significant advantage to be had when leveraging new formats, so if Google does end up implementing advertising options to its Maps app – as an example - there could be some powerful results for local businesses who are trying to drive more awareness within their respective communities.

If you have any questions about the insights above, or would like to get in touch with a member of our performance management team, please contact us here. We’ll be happy to provide you with further insight and help you optimize your digital campaigns.