There’s more to search than Google and Bing, as DuckDuckGo’s search engine is growing exponentially.

While Google and Bing currently dominate the search market, DuckDuckGo – the search engine that prides itself on its ability to allow users to conduct private searches – made some significant strides towards capturing some of their userbase last year. Following an announcement back in October that revealed that the search engine now receives 30 million queries per day, the company recently proclaimed that they officially surpassed 9 billion searches in 2018. 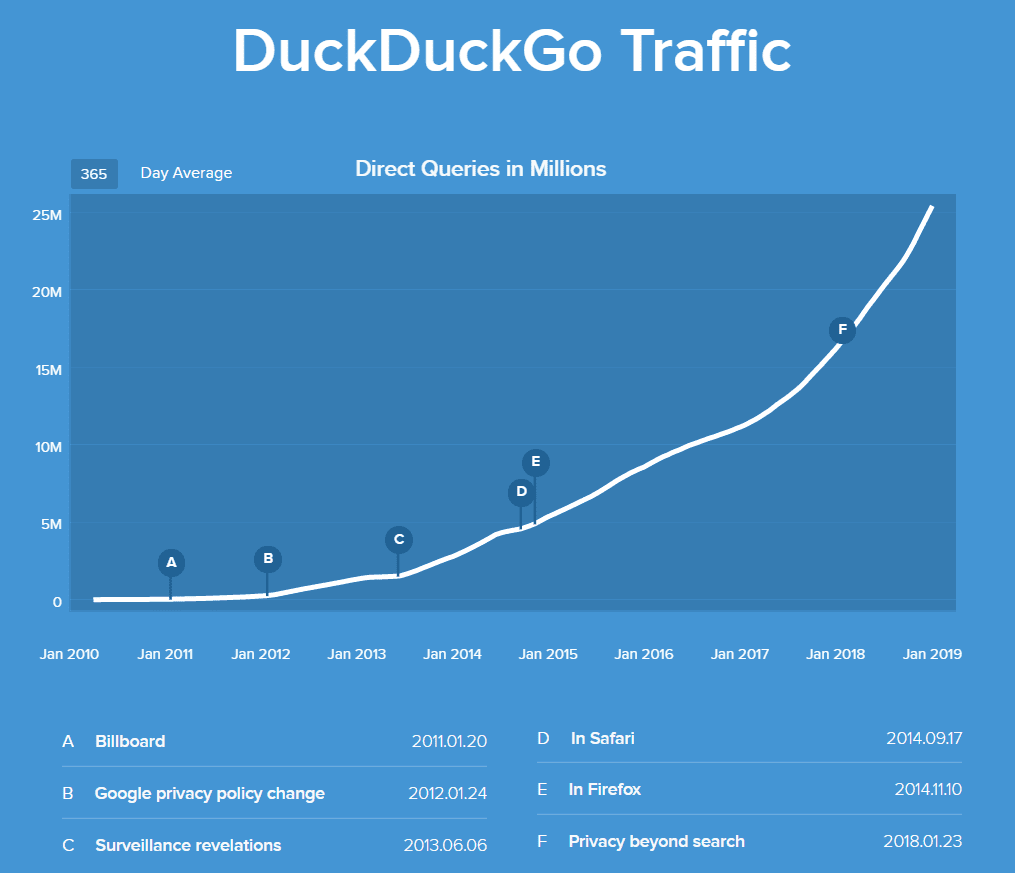 While this still pales in comparison to the 1.2 trillion searches per year that Google is getting, it’s a tremendous success story for DuckDuckGo nevertheless considering the fact that they’re generating more than twice as many searches per year as they were only two years ago.

The company also said that they’re on pace to shatter that record this year, and there’s reason to trust the statement; already, 2019 has broken a record for the most queries in a day with over 34 million taking place on January 2nd.

Unlike other search engines, DuckDuckGo allows its users to conduct completely private searches. Personal information and location data are never captured. There are no browser cookies planted on a user’s device. It’s a very transparent platform.

In contrast, 2018 was a particularly difficult year for some of the major players. With Facebook collecting personally identifiable information of roughly 87 million people without them knowing it and Google recently admitting that hundreds of apps are able to scan and share data from the email inboxes of Gmail accounts, more people are opting to switch to an alternative platform that doesn’t collect and distribute personal data.

Knowing this, it would seem DuckDuckGo’s growth opportunity in the future is looking quite favorable.

For those unfamiliar, DuckDuckGo allows PPC ads to be run on its search network, similar to Bing and Google. Interestingly, this is actually managed through Bing Ads as part of the Yahoo-Microsoft search alliance. 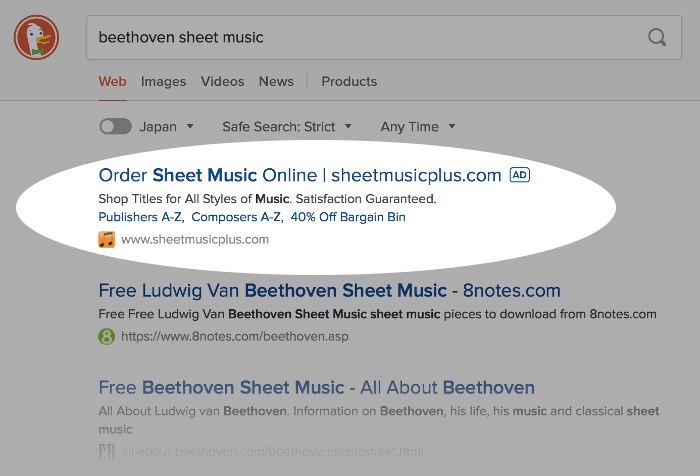 What this means is, if you’re running Bing Ads, by default your ads should also be getting served up via DuckDuckGo.

As mentioned above, the search network prides itself on its security. Meaning advertisers shouldn’t expect a lot of fancy tracking options or targeting gimmicks. You’re simply targeting keywords that users are searching.

To ensure you’re set up to display your ads on DuckDuckGo, in your Bing Ads dashboard, view the advanced settings on the ad group level to view the distribution channels, as seen below. 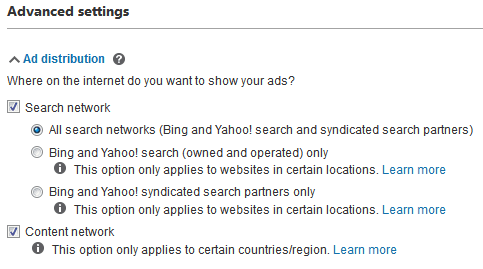 For more information on advertising with DuckDuckGo, we recommend you visit their advertising and affiliates page.

DuckDuckGo clearly has a very long way to go to become a serious contender against the likes of Google and some of the others, but advertisers should be mindful of this trend as we move deeper into 2019. With the 30 million searches consistently taking place every day, that’s a considerable amount of traffic that other brands and marketers may be completely disregarding.

For those who may be considering experimentation with Bing Ads for the first time, this is a great opportunity to get your first campaign set up and to start testing the waters. With less competition on Bing’s network, there are also cheaper cost-per-clicks (an average of 33.5%), so you don’t need a massive budget to get some good testing results.

There are also some other advantages with using Bing, like the ability to target different time zones from an ad group level (as opposed to Google only allowing it at the campaign level), and more robust demographic targeting options.

The beginning of a new year is always a great time to try some new things, so take a small portion of your Google search budget and give Bing and DuckDuckGo a shot!

If you have any questions about search advertising or the above findings, don’t hesitate to reach out to our affiliate management team. They’ll be happy to provide you with additional tips and tricks on how to optimize your campaigns and point you to some of the most lucrative offers.