Businesses are Slow to Optimize for Voice

Voice search has been one of the most anticipated new mediums in terms of marketing opportunity and consumer convenience, but it is also one of the most misunderstood from both perspectives. A new report recently produced by Uberall has revealed that - of the 73,000 business locations surveyed in the United States - a whopping 96% of them are not “voice search ready” (VSR).

Close to forty directories were reviewed to adequately measure VSR, all of which directly support voice search in some way. This includes all the major players like Google, Facebook, and Bing, as well as all of the major mobile devices that come with voice assistants. From there, a variety of local SEO elements were cross-measured with local business information that is typically displayed when a voice search is conducted.

It is difficult to find more concise information regarding voice queries due to the fact that most of the networks sampled (like Google for example) don’t distinguish which of their searches are coming from voice as opposed to typed keywords, essentially making the above measurement Uberall’s starting point.

Uberall compared the business listing information from the companies surveyed across all of the directories studied to determine completeness in categories such as business name, address, phone number, hours of operation, and zip code, assigning a total score in between 1 and 100.

Based on the above criteria, the aggregate VSR score was a measly 44.12. Unsurprisingly, most of the top-performers that were deemed to be voice optimized were enterprise businesses (39%), followed by mid-market businesses (36%), and then SMBs (25%).

Businesses aren’t the only ones struggling to perfect voice optimization. The report asked nearly 800 consumers how they were using their voice assistants for searches. Of those respondents, 57% claimed that they don’t use voice search whatsoever, with the remaining 43% using it in a variety of different ways. 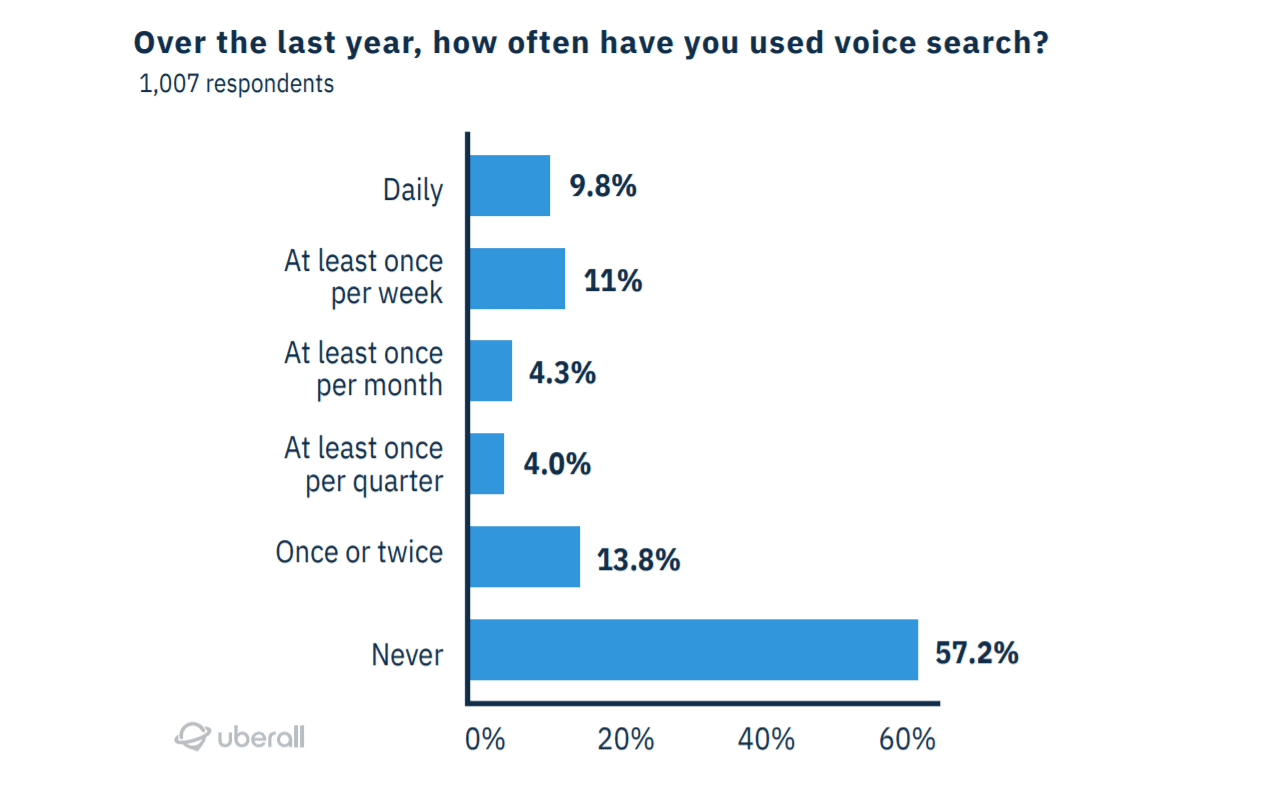 Of those who are searching frequently, most of their voice searching is either happening at home, or in the car. Additionally, 31% of those frequent users admitted to using voice to search for local information, which again brings us to the parallels between local business listings and voice searches.

While more in-depth information is still scarce from a consumer-use perspective, it’s clear that both businesses and shoppers have a lot of growing to do when it comes to increased dependency on voice.

With the amount of smart speakers in US homes nearly doubling from 2018 compared to 2017, and the fact that between Google Assistant, Siri, Cortana, and Alexa, 2 billion devices are being used that support voice in some capacity, it’s clear that its use will only be increasing for the foreseeable future. 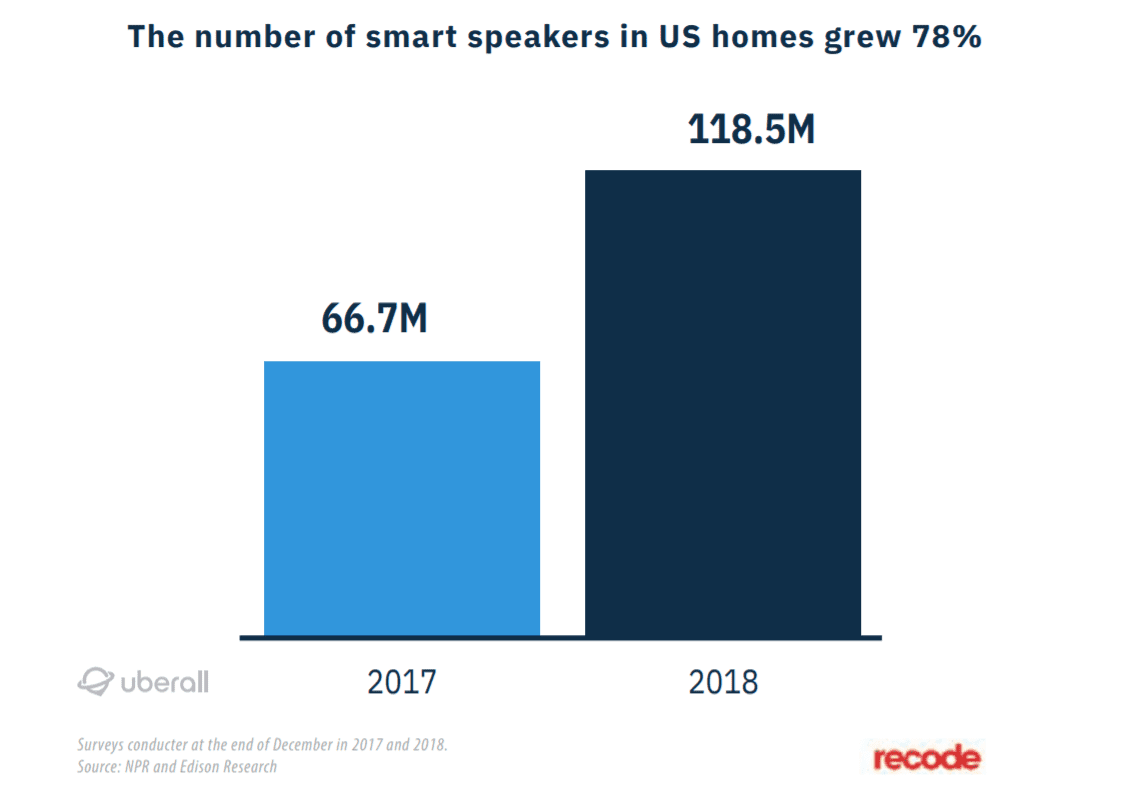 For marketers and businesses who are desperately trying to find new ways to increase search traffic, these findings give us a fair amount to work with (given the fact that there are lots of areas where we were left wanting more information).

Local optimization is paramount to get a leg up on your competition, which is good news given the fact that there are lots of resources already available on how to increase your local SEO presence. Make that your first step, updating any information that may not exist, or may be inaccurate.

From there, the second part is to start putting your head in the mind of a voice-consumer. Even though Google doesn’t break down which of its searches came from voice devices, you can leverage its Keyword Planning tool to do some research around more conversational, long-tailed search terms. Use this to plug in some questions that your business could be hooked back to as the answer.

Ultimately, we’re still in the very early stages of voice searches, and what the best practices are to take advantage of the increasing base, but by deploying the above two tactics, you’ll be off to a better start than most.