While it’s still considered to be one of the newer advertising styles, ecommerce channel ads (ECA) are gaining some serious traction with advertisers and consumers alike. A new study published by Kenshoo has revealed that ECA spends in Q2 2019 have already caught up to where they were at in Q4 2018, which is quite significant given the fact that Q4 is usually when shoppers are spending more money and companies are ramping up their digital campaigns to capitalize over the holidays.

Diving a little deeper into the numbers, ECA spending has jumped by 66% since Q2 of last year, with both impressions and clicks replicating a similar growth pattern at 59% and 57% respectively. As Kenshoo mentions in their report, this is particularly interesting to note due to the fact that these parallel increases in spends and engagement indicate that advertisers are getting a lot of value and return on their ECA campaigns.

The ECA format started to make its first big splash early on in 2018. Primarily led by Amazon, ecommerce channel ads leverage searches done within an online marketplace. By integrating relevant products within an already queried search space, brands are able to drive awareness with not only an audience that is likely more interested in what it is they’re marketing, but also more willing to make a purchase. 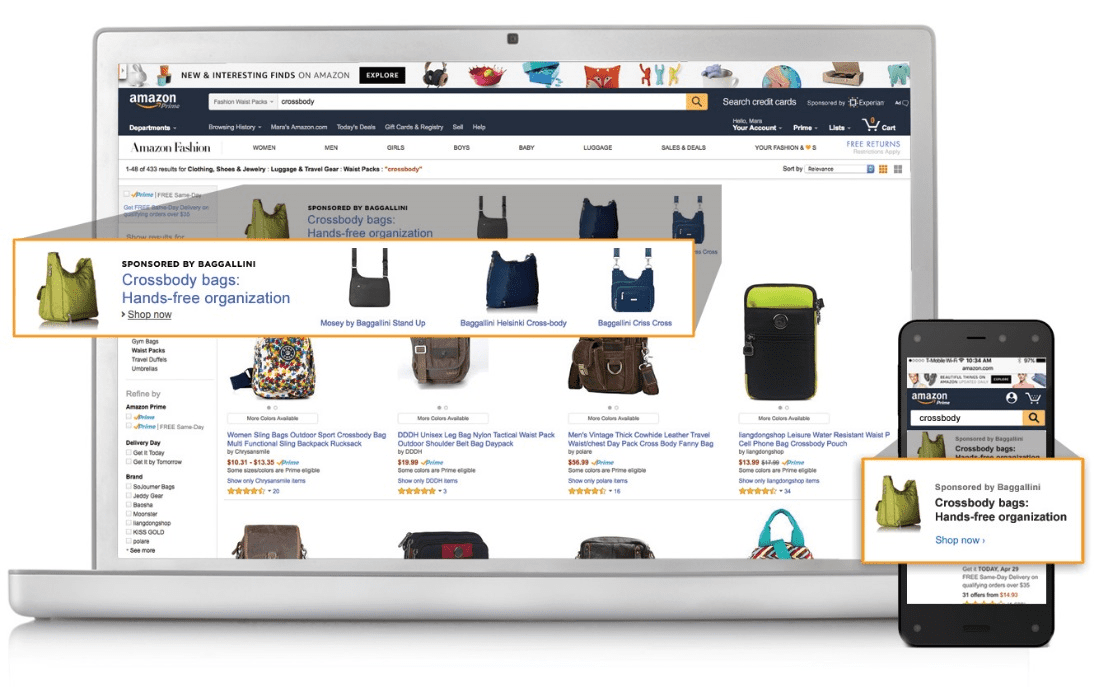 Another advantage of the ECA approach is that instead of being redirected to another website or landing page, those who engaged with the ads are immediately taken to a cart checkout page that exists within the marketplace, making it a seamless user experience with minimal chance of a bounce from taking place.

In a world where micro-moments – reaching potential buyers at the precise moment they’re most likely to buy – is becoming more vital for winning a larger share versus the competition, the ECA format has really flourished.

“Reaching shoppers with ECA just makes a lot of sense for retailers,” stated Kenshoo’s Senior Director of Marketing Research, Chris ‘Coz’ Costello, in a blog article published back in the Spring. “While other modes of advertising act with varying degrees of success to influence consumers while they are doing something else—socializing, reading news, watching videos, surfing the internet—getting in front of them during the final stages of online shopping with ads relevant to what they’re already shopping for is a no-brainer.”

This format is also one of the driving factors when looking at Amazon’s recent growth. In fact, Marketing Land proclaimed that it was because of the ECA format that Amazon officially became the third largest source of digital advertising revenue in the United States last year.

While Amazon still has a lot of ground to cover to catch up to the likes of Google and Facebook, the fact that we’re already looking at Q4 2018 numbers in Q2 suggests that the gap may lessen quite dramatically by the time we reach the end of the year.

These findings such serve as gentle encouragement to brands who can benefit from leveraging online marketplaces for their goods and services to start formalizing a proper strategy. A survey conducted by Third Door Media last year showed that only 22.5% of marketers are currently deploying ecommerce channel ads, with another 44.4% saying that they plan to have campaigns up and running before the end of 2019.

This ultimately means that there is still opportunity for those who can jump on it quickly, but failure to do so by the end of the year may also find you falling behind your competitors.

Our team of performance management experts can help you put together a structured plan – and quickly – so that you can enjoy the fruits of your labor come the holiday season. If you have any questions or want to get in touch with them, please contact us here.

Good things come to those who take swift action!